Discover all the Basque Country in two weeks

ask for availability to travel whenever you want

Discover the Basque Country in a complete trip in which you will discover the essence of Euskal Herria, going from the Rioja Alavesa to Iparralde (french part of Basque Counrty). An emotional and identity travel in which you fully immerse in the basque culture, passing through well-known landscapes and others not so well known, in which basque culture, tradition and folklore will be very present.

Day 0 – Arrival and reception at the Hotel.

Trasnfer to the hotel, check in and familiarization with all the services and shops that the town where you are staying (Azpeitia) has. Always depending on the schedule of the flights and the time of arrival at the destination.

Day 1 – Route of the three temples.

The route of the three temples that involves knowing; the Sanctuary of Loyola, the “little Vatican” designed by Fontana, disciple of Bernini, in honor of the creator of the company of Jesuits, Saint Ignatius of Loyola; the hermitage of La Antigua, in Zumarraga, considered the cathedral of the Basque hermitages; and the Sanctuary of Aranzazu, a construction located at the top of a ravine, which is one of the most representative buildings of contemporary Basque art and that escapes everything that has been seen in the matter of churches.

Visit the capital of Gipuzkoa where you will get on an old funicular to Igueldo mountain, from where you can see, next to an old amusement park, spectacular views of the Bay of La Concha. In addition, there will be a guided tour of the Old Town and the romantic expansion of the capital that will culminate with a Pintxos Tour.

Know the coast of the French part of the Basque Country, in which in a few kilometers the idiosyncrasy, the language, the hours… change with respect to the area of ​​”hegoalde” or of the south of the Basque Country. There will be guided tours of the cities of Biarritz and San Juan de Luz and lunch in Hondarribia before visiting this beautiful modern and colorful border town.

Guided visit to a pepper farm in Ezpeleta, Lapurdi, which has a world-renowned designation of origin, and which gives a special color to the place with the houses decorated with peppers hanging from the facades for drying. Visit the caves of Zugarramurdi, known for its mysticism and tradition of witchcraft, and also cinematographically to end the day in the capital of Lapurdi, Baiona, where you will visit the Basque Museum.

An interesting journey through the Basque province of Baja Navarra where we will visit a winery with Basque designation of origin, Irouleghi, before knowing Donibane Garazi, the capital of Baja Navarra, and start line of Saint James Way for lots of pilgrims.

Day 6 – FREE (possibility of setting up an exit to a destination not included in the itinerary to know a village or farmt of their ancestors).

Departure to San Juan de Gaztelugatxe, one of the most magical points of Basque geography that has been used as a set to recreate the stage of “Roca Dragon” in the series of “Game of Thrones”. Dare to come to him to deserve lunch in Gernika where a special experience will be performed swearing as the Lehendakari in the Tree of Gernika, playing the horn to call the General Assembly of Biscay, or feeling the bombing of Gernika hiding in an air raid shelter .

The name of Putxera, or railway pot, dates back to the 19th century and corresponds to the ingenuity of the operators of the northern railways, who used steam trains to heat food. A tradition that has lasted until our days that a local will show you enchanted. Cook your putxera with beans, ribs, bacon, sausage, black puddings … While cooking on a slow fire we will show you Balmaseda and then taste this typical dish that you have cooked before approaching Pozalagua caves on the border with Cantabria, where the largest concentration of escentric stalactites in the world are found.

Discover a Rioja Alavesa wine cellar after visiting the beautiful medieval walled city of Laguardia before visiting the capital of Euskadi and visiting one of the best medieval almonds in the area.

Visit to a Txakolí winery (white wine with a lot of acidity and something carbonated, made only in Euskadi) with tasting and pairing with products from the Cantabrian Sea. In the afternoon, know the traditional Basque dance party before returning to the hotel.

Visit to a 16th century representative Basque farmhouse, where there is a Gothic winepress. Visit to a cider house with its respective traditional menu and the cider in “Txotx” as star accompaniment and visit to a cheese factory of the well-known Designation of Origin “Idiazabal”.

Visit to the Albaola museum where they are reconstructing with ancient techniques an old Basque whaler that they found on the coasts of Canada. Departure in an old tuna boat where you will learn fishing techniques and eat a typical Basque seafood meal in the same boat: Marmitako. Route Pasaia – Getaria – Pasaia. To end the trip with a dinner in an authentic Basque gastronomic society full of surprises for the farewell.

Hotel **Sup in half – board room

The transfer during the excursions will be made in minivan or van.

Price up to 4 people in double room

Price up to 4 people in a single room 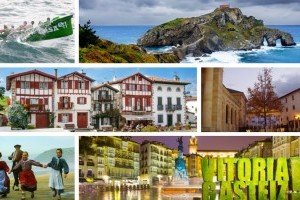 Discover the Basque Country in a complete trip in which you will discover the essence of Euskal Herria, going from the Rioja Alavesa to Iparralde (french part of Basque Country). An emotional and identitary travel in which you fully immerse in the basque culture, passing through well-known landscapes and others not so well known, in which basque culture, tradition and folklore will be very present.. 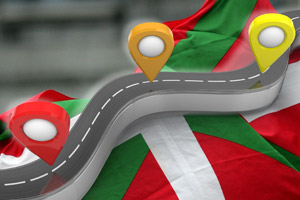 A trip through Basque Capitals

Discover the places that the seven historical capitals of The Basque Country hide. Live an exciting week, visiting a capital each day. Taste diversity and gastronomic differences in each one of them. 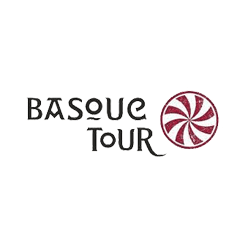 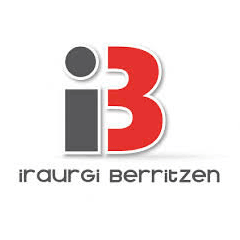 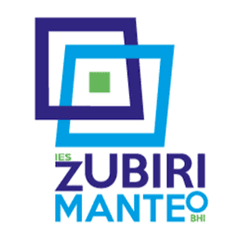 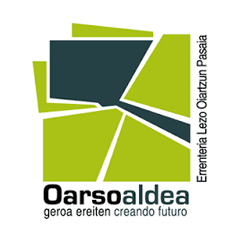